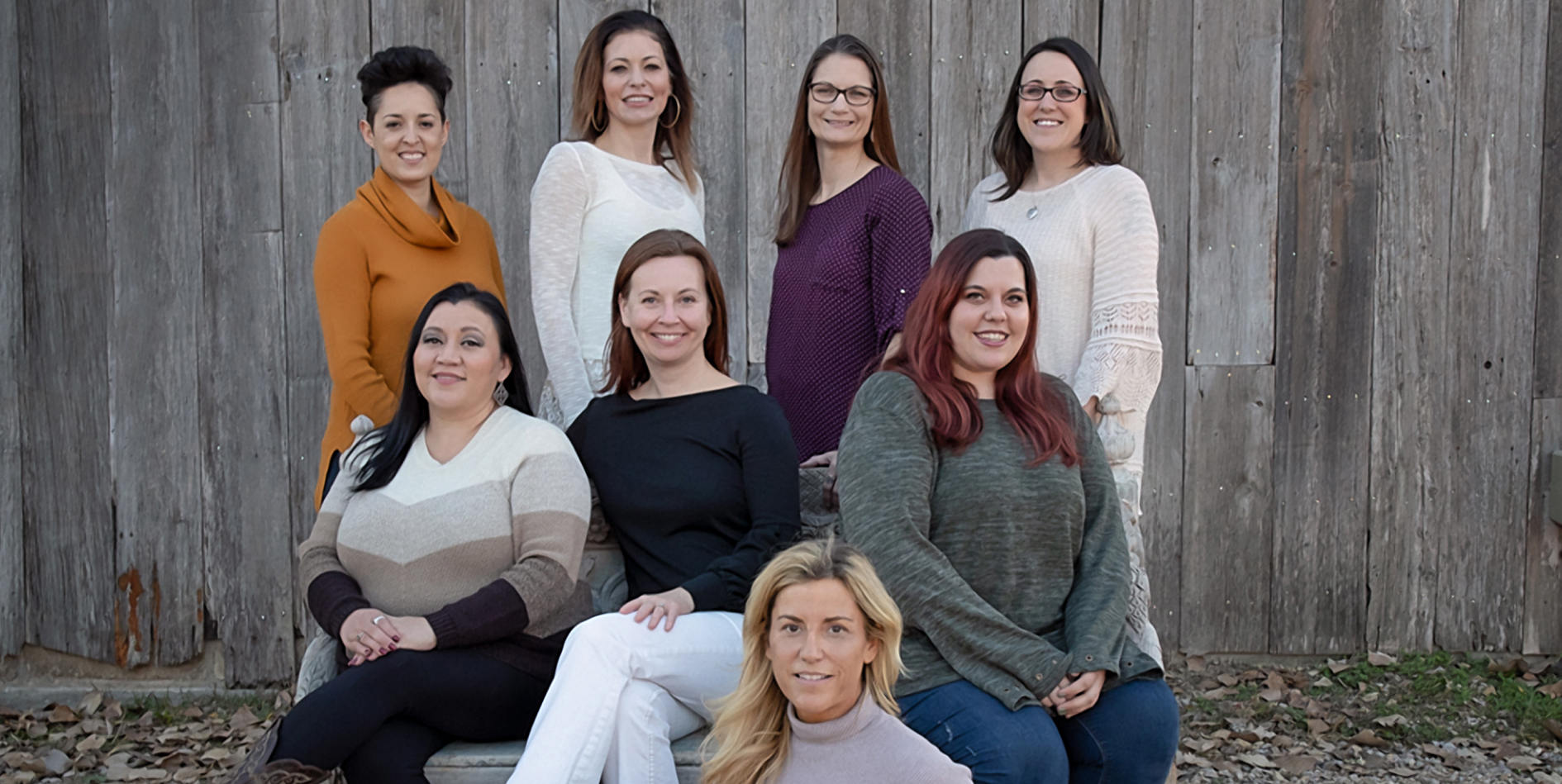 Here is a little more about our outstanding, certified staff:

Dr. Kelley Ahr received her doctorate in Clinical Psychology in 1998. After she completed her residency, she began working for the Police Department as the supervisor for the Domestic Violence Unit. While there, she developed and conducted training programs on topics such as trauma reactions in children, school violence, and child development. In 2000, she went into private practice by joining a well-established group of psychiatrists and psychotherapists. Dr. Ahr had a long-standing goal of developing a psychological clinic aimed at providing quality care in a caring and relaxed atmosphere, and in 2002 she made that dream come true by starting Austin Psychological and Testing Center. Today, APTC is a highly regarded agency that many professionals refer to with confidence.

Rachal Harman-Rodriquez is a Licensed Psychologist and has worked at APTC since June 2015. She graduated with her Doctorate in Clinical Psychology in September 2012 from Argosy University in Dallas, Texas. Prior to moving to Austin, she worked as a therapist and forensic evaluator at The Children’s Assessment Center with victims and family members of child sexual abuse. She has provided many different types of therapy to a wide variety of clients including young children, adolescents, adults, and families. Her passion lies in the world of assessment, and her goals are to continue providing clinically- and ethically-sound psychological evaluations. Rachal is a native Texan who loves spending time with her family, reading great books, and loving on her dogs.

Christina Torti returned to Austin Psychological and Testing Center in January of 2019. She completed her doctoral practicum under the supervision of Dr. Kelley Ahr, at Austin Psychological and Testing Center from March 2005 to March 2007. August 2006 to December 2007, she was employed as a psychometrician with Austin Psychological and Testing Center. She worked up until the week she delivered her daughter and then went on maternity leave and moved to Mississippi. Before returning to Austin Psychological and Testing Center, she previously worked as the Clinical Director at a drug and alcohol treatment center, Right Step Hill Country, a site within Elements Behavioral Health. Before moving back to Texas, she worked at Mississippi State Hospital outside Jackson MS, where she had been for 5 years working on the forensics unit, the female receiving unit and completing her doctoral internship from 2010-2012. She graduated with her doctorate in psychology (PsyD) in December 2014 and is currently pursuing her licensure as a Psychologist in Texas. She moved from Texas to Mississippi in 2008 to work with adolescent trauma victims from hurricane Katrina in Bay St. Louis, where the eye of the storm made landfall. At the time, her daughter was 7 months old. Both Texans at heart, they were excited to move in the summer of 2015. Christina grew up in Blanco, TX, just south of Austin and wanted that same small town experience for her now 12-year old. Her education and experience have primarily been focused on the treatment of trauma, anxiety and depressive disorders, as well as psychological evaluations, child and adolescent psychology, crisis intervention and stress management. When she isn't working, she enjoys spending time with family and friends, live Texas music and being outdoors.

Helena Kopecky is a Licensed Psychologist, who is passionate about helping people succeed. She received her doctorate in Clinical Psychology from the University of Rochester in 2005. Her previous positions include Postdoctoral Fellow at the University of Rochester’s Counseling Center and Staff Psychologist at California Institute of Technology. In both of these positions, Helena served as a clinician and clinical supervisor and also delivered psychoeducational workshops and training sessions. Currently, Helena splits her time between APTC and teaching at Austin Community College. In her free time, Helena loves spending time with family and friends, going on hikes and reading books.

Ms. Munevar received her Master’s in psychology in 2012 from the University of Texas at San Antonio. She is currently a licensed psychological associate with independent practice abilities in the State of Texas. She completed her practicum experience at San Marcos Treatment Center in 2013, which concentrated on psychometric training with the administration and analysis of educational, objective personality and neuropsychological assessments to residential patients in a clinical setting. Through her work in the psychometric field, she gained clinical and assessment experience with traumatic brain injury, psycho-educational, DSM clinical disorders and neurobehavioral disorders with youth and adult populations in both clinical and forensic settings, both in English and Spanish.

Frances serves as the Office Manager for APTC, and she has worked in this role since April 2007. She was born in Taft, TX. She moved to Austin at the age of five and continues to reside in the Austin area with her family. Frances graduated in 1995 and has 10 years of experience in billing. She has excellent customer service skills, has never met a stranger, and is exceptionally friendly and outgoing; in short, she loves her job and is the perfect fit to make clients feel welcome and comfortable throughout the entirety of the assessment process. Frances is always willing to go that extra mile to help all of our new and existing patients. Please feel free to contact Frances if you have any questions regarding appointments, records requests, insurance, or billing.

Amanda has worked for APTC since December 2012 and assists with office administration tasks, including scheduling, billing, and all filing. Amanda attended Texas State University for five years towards a Bachelor’s degree in General Studies with Minors in Mass Communications, Geography, and International Studies before taking a break from coursework when she had her son in 2013. She graduated from Elgin High School in 2007 and has worked passionately in customer service since. She loves to help people and does her best to make the scheduling process as quick and easy as possible.